Many artists in popular culture have used Christian religious imagery in their lyrics. We've picked out our Top Ten examples of this. 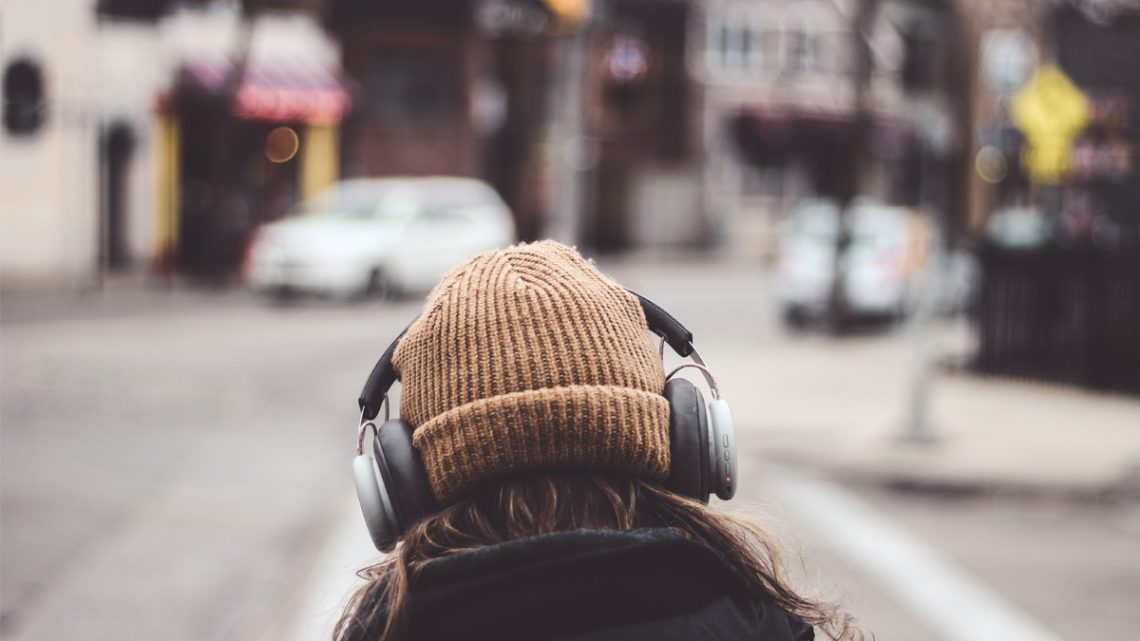 This catchy one-hit-wonder influenced by traditional southern blues and folk revival music. Norman set out to write a religious rock song and although Jewish chose to reference Jesus as it would be more marketable in the US. Some of the lyrics mock the televangelists of the time and is the reason why some see the song as satirical. What do you think?

‘Never been a sinner. I never sinned. I got a friend in Jesus. So you know that when I die. He’s gonna set me up with. The spirit in the sky.’

This iconic piece by The Beatles is inspired by Paul McCartney’s recollection of a dream where his mother Mary (who died from cancer when he was 14), came to him and reassured him saying, ‘it’s going to be ok, just let it be’. When asked if it had any reference to the Virgin Mary, McCartney said that he leaves it up to the fans own interpretation.

‘And in my hour of darkness, she is standing right in front of me, speaking words of wisdom, Let it be.’

As the piece says, Dolly’s mother told her the story of Joseph and his coat of many colours from the book of Genesis. Dolly’s mother took a box of rags that someone had given her and sewed them into a patchwork coat.

Just like Joseph rose above the malicious cruelty of others in his youth; Dolly mirrors this with the bullies at school.

‘Although we had no money. Oh, I was rich as I could be. In my coat of many colours. My momma made for me.’

On February 3rd 1959 Buddy Holly, J.P ‘The Big Bopper’ Richardson and Ritchie Valens died as there plane crashed into a field north of Clear Lake, Iowa. All three were famous rock and roll stars of the time. Don McLean, just 13 years old at the time, remembers the significance of this moment; later coming to be realised as a pivotal moment in American cultural history.

American Pie through its six verses narrates the collapse of American innocence ‘the day the music died’ and concludes in the metaphorical abandonment of America by God.

‘The Father, Son, and the Holy Ghost. They caught the last train for the coast. The day the music died.’

Hallelujah in Hebrew means rejoice/praise God. Cohen uses biblical imagery and references some of the more notorious characters; to make Hallelujah mean much more than just its religious context.

With this theme Hallelujah takes on a multiplicity of meanings creating a philosophically complex song including but not limited to; celebration, mourning, regret, catharsis, sexuality and reconciliation. In doing so Cohen cuts a swathe through the human experience and converts it into lyrical form.

‘Your faith was strong but you needed proof. You saw her bathing on the roof. Her beauty and the moonlight overthrew ya. She tied you to a kitchen chair. She broke your throne and she cut your hair and from your lips she drew the Hallelujah.’

This upbeat blues collaborative piece speaks to us of the temptation to give up when faced with gossip or difficult circumstances. This piece teaches us the importance to set oneself a higher world-view to orientate around. In the words of St. Paul, “Do you not know that in a race all the runners run, but only one receives the prize? So run that you may obtain it.” 1 Cor 9:24.

‘Remember you’re walking up to heaven. Don’t let nobody turn you ’round.’

This breakthrough song from American hip hop band The Black Eyed Peas could be heard everywhere in 2003, becoming the biggest selling single in the UK that year. It’s full of moral advice which seems to reach a crescendo in a cry to God: ‘Father, Father, Father help us, Send some guidance from above’.

‘People killin’ people dyin’, Children hurtin’, I hear them cryin’, Could you practice what you preach? Would you turn the other cheek?‘

This piece attempts to represent the incarnation in a modern setting as well as help us to see other people as made in the image of God.

‘What if God was one of us? Just a slob like one of us. Just a stranger on the bus. Trying to make his way home.’

Included in her album Fall to Grace, this piece reminds us to put aside the temptation towards arrogance and empathise with peoples situations.

We can all get beaten black and blue by life.

‘Wipe it off your sleeve Your superiority Don’t roll your eyes, my sweet.’

Following Kanye West’s stunning turn to faith and the release of his award winning gospel album this song narrates his conversation with God in the midst of his car accident. The beeping noise you hear throughout the song is the sound of a car door left ajar.

Kanye West is currently facing large backlash in the US due to his previous lifestyle. Do you think he is sincere?

‘A lot of damaged souls, I done damaged those. And in my arrogance, took a camera pose… Blindfolded on this road, watch me faith walk. Just hold on to your brother when his faith lost.’

We know there are many more songs we could have chosen. What would be your choices?

Our Top Ten Plants in the Bible

For those with green fingers - here's some gardening inspiration from these Biblical trees and flowers. 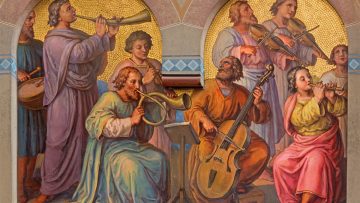 Our Top Ten Musical Instruments in the Bible

The Bible is filled with references to music and instruments. If we try to imagine all the sounds described in it then it's a very noisy read. Here's our list of top musical instruments mentioned in the Bible. 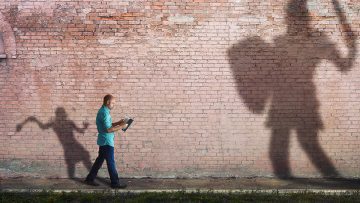 There are many pairings of 'heroes’ and ‘villains’ in the Bible, where it isn’t hard to see whose side to be on. What do you think sets our ‘heroes’ apart? 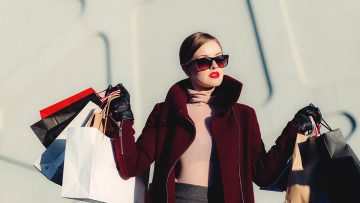 Our Top Ten Fashion Influencers in the Bible

Our list of men and women in the Bible who ‘wore it best’.

A selection of films to watch which all have faith and spirituality at their heart.